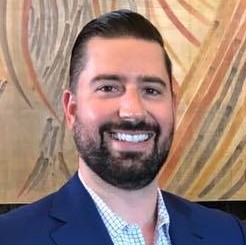 William Forath is a Fresno native and has worked in the autism field since 2009. He first attended Cal Poly, San Luis Obispo before transferring to Fresno State University, where he received his bachelor’s degree in Psychology with an emphasis in Applied Behavior Analysis. He also completed all the coursework in the Applied Behavior Analysis Master’s program and has presented at national conferences on the topic of Organizational Behavior Management. William obtained his MBA at Fresno State through the Executive MBA program. He has received advanced training in Risk Management & Strategic Decision Making at Stanford University and completed Applications of Performance Management Technology at the Aubrey Daniel Institute.

William has been a member of Fig Garden Rotary since 2012 and served as the club’s secretary for two terms. He served on the FEAT-FMC board for two terms and has a passion for working to create world class services for individuals diagnosed with autism spectrum disorder in the Central Valley. He is an alumnus of the 2015 Top 40 Under 40 Class and has given guest lectures to MBA students at the Craig School of Business. On a personal note, William enjoys spending time with his beautiful wife Kristin, who is a Registered Nurse in the Post-Anesthesia Care Unit (PACU) department at Saint Agnes Medical Center.